The Cape Town Stadium is a stadium that was built for the 2010 FIFA World Cup. During the planning stage, it was known as the Green Point Stadium, which was the name of the previous stadium on the site, and this name was also used frequently during World Cup media coverage. The stadium has been crafted to take full advantage of the beauty of the area. At night, lit up against the black sky, the stadium appears to be a floating rose-shaped bowl. During the day, its Teflon-coated fibreglass facade reflects the ambience of the city, dependent on its weather patterns – bright, sunny skies or dramatic grey clouds.

Of particular interest is the design of the stadium’s roof. Don’t be fooled by its bicycle wheel-like appearance. This glass-panelled roof has in fact been built according to a groundbreaking design, which protects spectators from rain and strong winds, lets light in, and reduces noise from within. Water that drains from the pitch, as well as water from the stadium’s roof, is collected and pumped into ponds at the Green Point Common, helping the stadium to achieve its high levels of environmental protection. 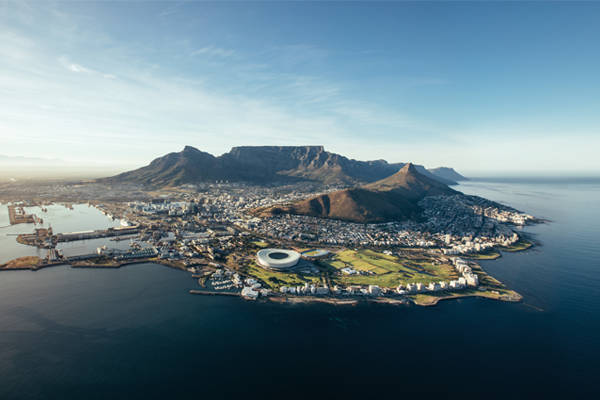